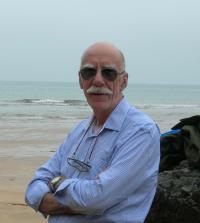 First appeared in the Highley Forum and Highley News July 2013.

Well, local government as we used to know it, anyway?

Remember? The sort that channelled a collective local voice into the decision making process of the “local council”, whether parish, district (now defunct) or county, for which now read unitary?

Unitary councils are a form of local government that, whilst claiming to be representative, actually channel decision-making into the hands of a very few individuals who form a ‘Cabinet’ with authority to make decisions as an executive answerable to no one.

Scrutiny committees do exist, nominally given the ‘power’ to question the decisions of Cabinet portfolio holders and ostensibly serving a similar function to parliamentary select committees, but in reality with the power only to “recommend” amendments to policy, which the Cabinet member called to account is under no obligation to adopt.

There is no debate. In the same way that the Localism Act gives local communities and their Parish Councils the ‘power’ only to amend a proposed development ‘upwards’ (adding to), the Act precludes any objection to get that development either stopped or reduced in size, for example because of fears over its impact on local infrastructure, fears driven by local knowledge. Never mind that local people happen to have more of that local knowledge than anyone else.

This not only worries me, it upsets me because a lot of people spent a lot of time gathering, collating and analysing material that went into the Village and Local Plan and the results of all that work are repeatedly being ignored, as are the clearly expressed opinions, backed by clearly defined arguments, of the Parish Council.

This trend is not exclusively manifest in the actions of the unitary council and the organisations it has established to carry out the work that used to be overseen wholly by elected councillors, serving on committees largely comprised of people with local knowledge, but also in the service organisations local people fund through the taxes they pay, but over which they have effectively lost control.

We have a Housing company that professes a county-wide commitment to Shropshire and therefore cannot give guarantees that new housing (built against the wishes expressed in the Parish Plan and rejected by the Parish Council) will go exclusively to employed Highley people nor, additionally, to people who won’t be further disadvantaged in employment by being placed in a village without any jobs, whose children will be similarly disadvantaged by being condemned to the same fate.

Oh, and a planning department helpless in the face of national planning policies that over-rule local Plans, resulting in a free-for-all by any developer who sees a piece of open countryside as being ripe for building on.

Now, where did I come in?